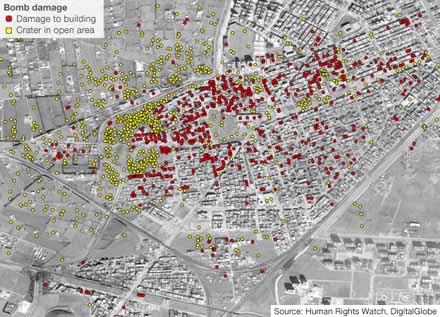 This article is Part 1 of Russian and Chinese Arms Sales to Authoritarian Regimes.  Part 2 can be found here.

Wherever you find people fighting for their freedom you’ll find a regime killing them with Russian weapons.  During the Libyan civil war I was often under fire from Russian guns, grenades, rockets, and mortars used by Gaddafi’s forces, and I used captured Russian weapons myself on many occasions.

There is no greater ally of authoritarianism in the world than Russia.  Russia obstructs intervention in Syria through the UN Security Council, while at the same time shipping weapons to Bashar al-Assad to ensure that he remains in power and a good customer for future arms deals.  Moscow has developed close relationships with several authoritarian regimes around the world that oppress their populations and abuse human rights using the weapons that Russia supplies.  As a result of the Arab Spring and a wave of democratization sweeping the world, Russia is watching its influence drain away like water from a busted dam and it doesn’t care how many bodies it takes to plug the leaks.

The FAS report “Conventional Arms Transfers to Developing Nations, 2003-2010” contains Russia’s customer list for arms deals.  The usual suspects are all there:

For comparison, the United States’ main customers are:

Some of these countries are authoritarian regimes and I have not listed every country that buys weapons from Russia and the USA, but the moral implications of the Russian and American customer lists are quite clear.  Although the US is not innocent of arms sales to questionable regimes, the actions of Russia and China are arguably appalling in their strategy and magnitude.

The customer lists don’t tell the whole story.  A close examination of which weapons systems Russia is selling to these regimes reveals a strategy that appears designed specifically to discourage military intervention by the West against authoritarian regimes (such as occurred in Libya).  The evidence is in the numbers (I have also included the numbers of US weapons for comparison):

Why would Russia be selling massive quantities of Surface-to-Air Missiles and air force assets to these regimes?  The answer is clear: to discourage Western military campaigns against their best customers.  It has worked in Syria where one of the arguments against Western airstrikes to support the rebellion against Bashar al-Assad is the strength of the regime’s air defenses and the massive undertaking it would be to dismantle them.  Their work is ongoing – in November 2011, Russia allegedly sent technical advisers to help set up very sophisticated S-300 surface-to-air missile defense systems in Syria and update Syrian radar systems around critical facilities.

Syria’s major weapons imports increased 580 percent between 2002-2006, and Russia supplied 78 percent of the arms to Syria during the 2007-2011 period.  These purchases included air defense and anti-ship missiles; the anti-ship missiles have a long range of 300km.  Syria received 7% of Russia’s $10 billion total arms deliveries in 2010.

Libya, Venezuela (a hybrid, partially authoritarian regime) and Burma (Myanmar) have all purchased surface-to-air missiles from Russia in recent years.  Russia also planned to sell S-300 surface-to-air missiles to Iran, clearly intending to discourage an American or Israeli strike against Iran’s nuclear program, but the sale has not taken place because of diplomatic pressure from the US and EU.

Russia, a shadow of the former Soviet Union, desperately seeks influence in the world through the arms trade.  Many of their customers purchased Soviet-era weapons systems and are reliant on Russia for repairs, replacements, upgrades and ammunition.  Russia also produces technologically advanced weaponry and sells it to regimes that the US and EU countries won’t deal with.  By doing so, Russia aims to counterbalance American influence in the world, protect its military and economic interests (as well as national ethos), and more recently to help stop the spread of democracy around the world that might lead to a Russian Spring arriving in Moscow.

Unfortunately, these games of international intrigue and influence are played on the backs of people suffering in the developing world in countries like Iran, Syria, Algeria, Yemen, Sudan, Zimbabwe, and until recently, Libya.