The Founding Fathers, The Declaration of Independence, and The Arab Spring 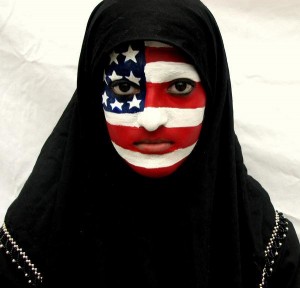 We hold these Truths to be self-evident, that all Men are created equal, that they are endowed by their Creator with certain unalienable Rights, that among these are Life, Liberty, and the Pursuit of Happiness – The Declaration of Independence

All men.  When Thomas Jefferson penned these famous words in the Declaration of Independence in 1776 he didn’t write “the people of the British Colonies.”  He chose the words “all men” for a reason.  The two principle beliefs articulated by the Declaration of Independence – Natural Law and the Right of Revolution, were not stated in narrow terms.  America was setting an example for the world.

Many Americans, especially those who are quick to wrap themselves in the flag and proclaim their patriotism while at the same time criticising the Arab Spring, have forgotten what our nation’s founders wrote in the Declaration of Independence.  It was not a policy statement derived in a cubicle at the State Department involving careful calculations of the economic consequences of British trade policy.  It wasn’t written after consultations and Powerpoint presentations by Pentagon officials.  The 56 visionaries who signed the Declaration didn’t take a poll to see what popular opinion was before signing it.

If such approaches had been deployed in 1776 as they are now when determining American policy towards the Arab Spring we’d be living on scones and tea, soccer would be popular, and this blog posting would be full of “jolly good” and “blimey.”

The Founding Fathers were stating unequivocally that freedom is a right given by nature (or God) to every human being, a principle termed Natural Law by John Locke in his Second Treatise on Government  and expounded upon by Thomas Paine in Common Sense.  As Benjamin Franklin famously wrote, “Freedom is not a gift bestowed upon us by other men, but a right that belongs to us by the laws of God and nature.”  The Declaration of Independence coupled this belief in Natural Law with the Right of Revolution, which held that the people have the right to overthrow a government that acts against their interests.

That to secure these Rights, Governments are instituted among Men, deriving their just Powers from the Consent of the Governed, that whenever any Form of Government becomes destructive of these Ends, it is the Right of the People to alter or abolish it, and to institute a new Government, laying its Foundations on such Principles and organizing its Powers in such Form, as to Them shall seem most likely to effect their Safety and Happiness – The Declaration of Independence

The authoritarian regimes of the Arab world do not derive their powers from the consent of the governed, and in the view of the Founding Fathers the people have the Right of Revolution – the Right of the Arab Spring – to overthrow their governments and create new ones that respect Natural Law.

But the Declaration of Independence goes even further:

When a long Train of Abuses and Usurpations, pursuing invariably the same Object evinces a Design to reduce them under absolute Despotism, it is their Right, it is their Duty, to throw off such Government.

The Founding Fathers clearly state in the Declaration of Independence that revolution against tyranny it is not only a right, but a duty.  Since mankind is given unalienable rights by God, it is a duty – a responsibility and a necessity – to overthrow any government that violates Natural Law.

Anything short of support for the Arab Spring by the United States is clearly a betrayal of the vision and values of the Founding Fathers and contrary to our very own Declaration of Independence.  The words of the Founding Fathers leave no doubt as to what their view of the Arab Spring would be.  There is no ambiguity about the fact that a tepid response to the Arab Spring, and even worse the obstruction of its progress, would cause the signatories of the Declaration of Independence to turn over in their graves.

It is idealistic, but perhaps not practical, to take the position that the United States must always follow the vision of the Founding Fathers.  If we did we wouldn’t have an income tax or a standing army.  But the extent to which we’ve strayed from the core principles that our nation was founded upon is alarming, and when we’ve done so it has often been to our peril.

One example is American support for authoritarian regimes in the Arab world.  We supported Saddam Hussein in the 1980s and cooperated with Muammar Gaddafi in the 2000s only to later find ourselves militarily removing them from power when they proved uncontrollable.  We supported Hosni Mubarak of Egypt, Ben Ali of Tunisia, and Ali Abdullah Saleh of Yemen only to be forced into embarrassing backtracking that hurt our credibility in the international community.  Our support has not been forthcoming to the freedom fighters of Syria and the protestors in Iran.  We have consistently supported authoritarian regimes in the Arab world because of short-sighted interests usually centered on regional stability and our capacity to influence authoritarian regimes more easily than democratically elected governments.

It is very clear what the Founding Fathers would say about these policies as there is no way to reconcile them with a belief in Natural Law and the Right of Revolution.

And it is equally clear what the Founding Fathers would say about the Arab Spring.

In their own words:

“God grant that not only the love of liberty but a thorough knowledge of the rights of man may pervade all the nations of the earth, so that a philosopher may set his foot anywhere on its surface and say: This is my country.” – Benjamin Franklin

“I always consider the settlement of America with reverence and wonder, as the opening of a grand scene and design in providence, for the illumination of the ignorant and the emancipation of the slavish part of mankind all over the earth.” – John Adams

“Natural liberty is a gift of the beneficent Creator, to the whole human race” – Alexander Hamilton

“Those who expect to reap the blessings of freedom, must, like men, undergo the fatigue of supporting it.” – Thomas Paine

“Rebellion against tyrants is obedience to God” – Thomas Jefferson